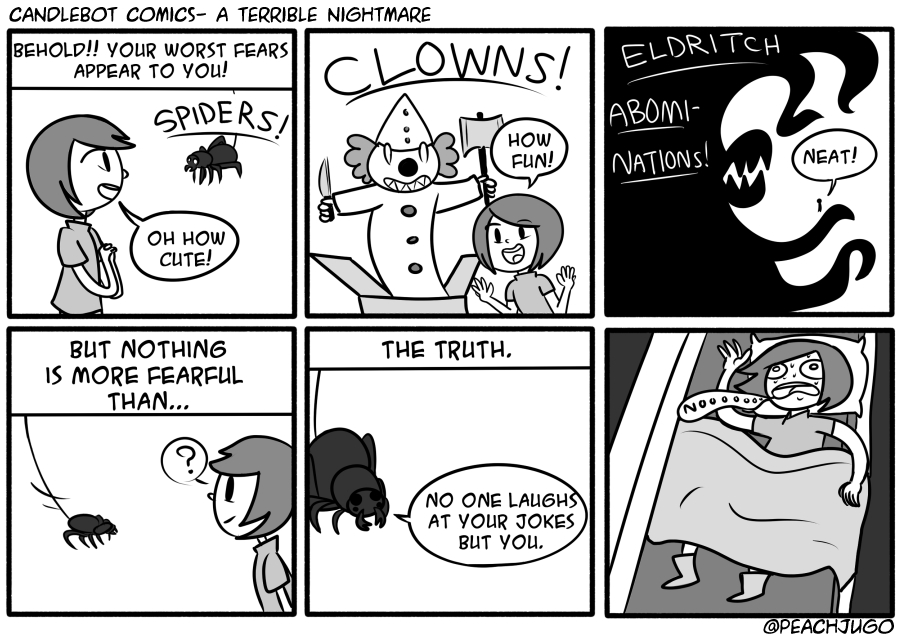 So the comics previous to this one were all made in my first semester working for The Daily Texan (Spring 2013). Out of all of them there are maybe 3 I decided not to post. Not because they were offensive or there was something wrong with them, I just thought they were really unfunny and boring.

This comic is the first of my next semester at The Daily Texan (Fall 2013). This group of comics, in my opinion, are a lot better. I can't really think of what my comics looked like before I started college, I didn't save a lot of them because they were mostly drawn in pencil on lined paper and are probably either in the garbage or in a binder at my parent's house. Looking through my old laptop I found some old journal comics I made that honestly should have been filed under "Reasons why Bella needs antidepressants and therapy." I'm not posting those, but eventually I would like to make some comics centering around mental health.

Anyway, I'm glad I joined The Daily Texan, if anything so I could learn how to make comics that are more funny than depressing.

Panel one: Text reads, "Behold!! Your worst fears appear to you!" "Spiders" A small spider appears to a person with short hair, the person says, "Oh how cute!"

Panel two: Text reads, "Clowns!" A clown with sharp teeth appears from a box holding an axe and a knife. The person from before says, "How fun!"

Panel three: Text reads, "Eldritch Abominations!" A dark mass with tentacles and sharp teeth overtakes half the panel. The person from before appears as a small dot compared to the abomination and says, "Neat!"

Panel four: The spider from before appears to the person with short hair. The text at the top of the panel reads, "But nothing is more fearful than..."

Panel five: "The Truth." The spider says, "No one laughs at your jokes but you."

Panel six: The person with short hair wakes up in bed in a cold sweat, eyes wide, as they cry, "Nooooo..."